What is TikTok and Should E-commerce Brands Care?

#WednesdayOneThing is a weekly opportunity for Clearbanc employees to share their knowledge of exciting trends in the retail and e-commerce space. Tune in to Facebook every Wednesday at 8:45AM EST to watch LIVE.

TikTok amassed 500 million users in only two years. It’s pretty ridiculous when you compare it to the fact that it took YouTube about 5 or 6 years to grow to that size. It recently surpassed Facebook, Instagram, SnapChat, and YouTube in monthly downloads to give you a sense of how staggering the growth is.

It seems like it came out of nowhere. So, what IS TickTock, where did it come from, and what are its potential business applications?

The platform allows users (TikTokers) to post videos that are super personalized and super editable. They have lots of facial recognition technology built into the app to allow filters similar to what you see on Snapchat and Instagram. It’s also a fun platform that encourages insanely high engagement.

At any given moment there are hundreds of trends like hashtag challenges, memes, cosplay themed videos, and duets where users can do split-screen videos with each other.

At first glance, it looks like kids’ play. But dive deeper, and you uncover some powerful stuff.

Where did TikTok come from?

TikTok was launched in 2012 by parent company ByteDance and then merged with Musical.ly in December of 2017 on its journey toward global domination. That really sparked the growth you see in the video. Although ByteDance doesn’t release numbers publicly, it’s estimated that over 188 million users have downloaded the app worldwide as of Q1 2019.

Four hundred million of its 500 million users are located in China, 80 million are in the U.S., and the remaining 20 million are primarily spread throughout Canada, Mexico, and India.

In the first half of 2013, TikTok was actually the number one downloaded app on the app store for six months straight around the world. It’s now valued at $72 billion, which makes it the most valuable privately held tech company in the world. That’s huge. This means TikTok, a relative newcomer to the social media scene, is now valued as being worth more than Uber.

So, by now I’ve (hopefully) convinced you that Tiktok is worth paying attention to. Many celebrities and influencers are already taking advantage of its impressive reach and high engagement. TikTokers spend an average of 52 minutes a day engaging with the platform.

If TikTok is such a powerful channel for individual contributors, let’s explore if e-commerce brands can harness any of this TikTok potential.

Is TikTok marketing worth it for e-commerce brands?

Many B2C brands like Chipotle and Guess have jumped on board and found success with viral (and free) content. TikTok also has advertising capabilities for brands to take advantage of.

What’s even more interesting is that ByteDance integrated robust e-commerce capabilities into Douyin, TikTok’s Chinese counterpart, like a “shop now” button. They did this in partnership with Alibaba, an e-commerce giant. If this is any indication of what’s to come for TikTok, it could potentially be a very powerful platform for e-commerce brands to have a presence on.

How to advertise on TikTok

There are a couple ways brands can experiment with TikTok marketing:

TikTok advertising is fairly new. According to a leaked deck, there are a few ways brands can “pay to play”. 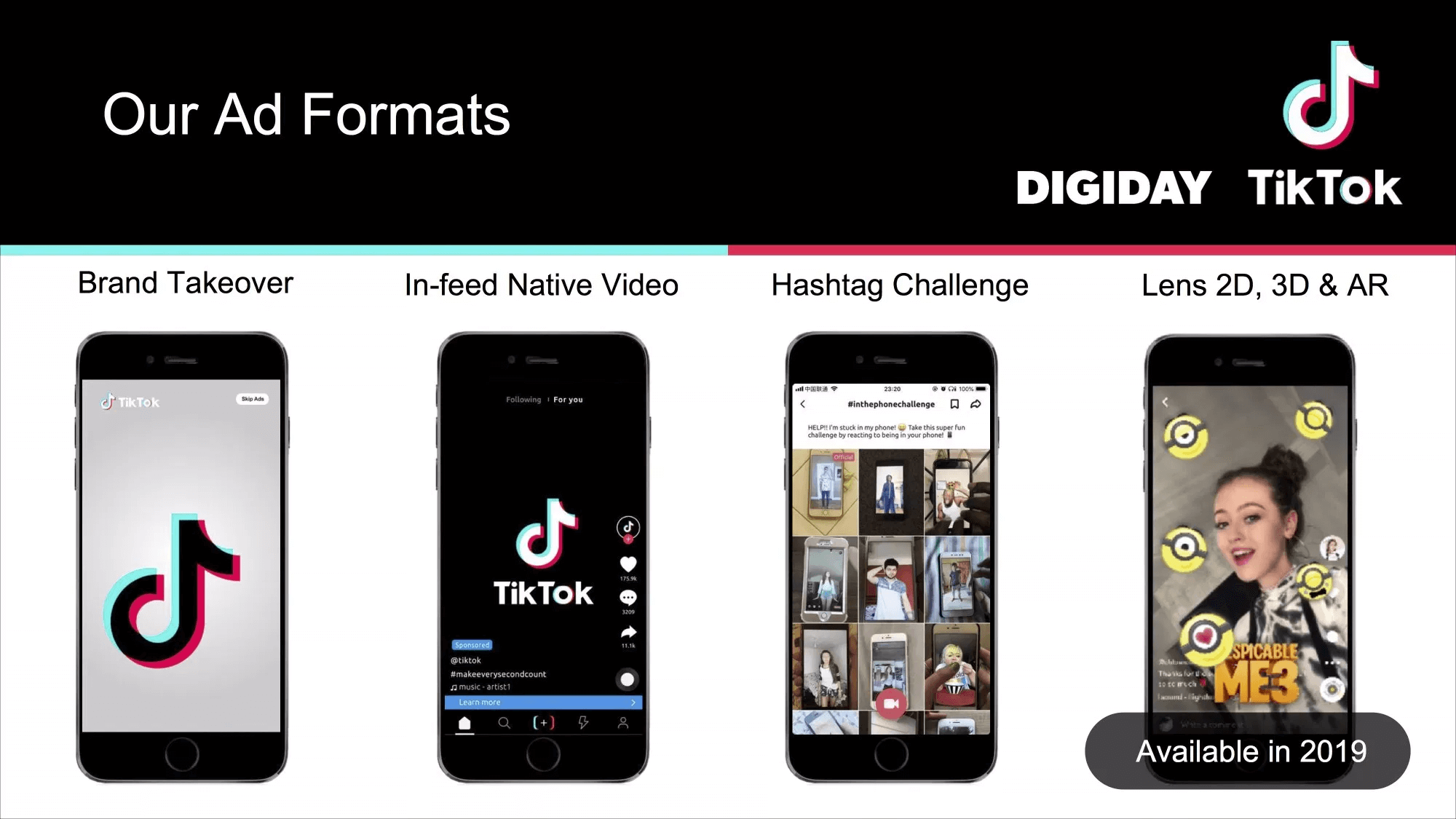 When it comes to marketing your brand on TikTok, tread carefully. Anything resembling a traditional advertisement is sure to flop with their Generation Z, social media-savvy users.

The ads that tend to perform best are:

To TikTok or not to TikTok?

I’m not saying TikTok is for everyone. I’m just saying brands should take a close look at its trajectory and see if some out-of-the-box thinking on how to use the platform can help reach and influence a wider audience.

As an advertiser, you need to keep in mind who holds the most purchasing power. Keep in mind that 60% of the app’s users are between 16 and 24 years old so the brands that resonate best have target audiences in that age range. While they may not represent a cohort with the most disposable income, they do have a lot of influence over where dollars are spent.

When teenagers and young adults are exposed to brands, it’s more of an awareness driver. The power of exposure and word of mouth is huge. The right content can inspire a lot of chatter about your brand among friends and, eventually, adults who do hold the power to purchase.

We’re curious, do you plan on having a TikTok presence? Please share in the comments below!

Bridging The Gap: The Future Of E-Commerce Funding

Apple’s latest iOS update: How will this affect my business?

How to Bring your Customers Back After Black Friday

5 Deals to Offer to Customers this Black Friday

Five Marketing Strategies to Set You Apart This Black Friday

How to Prepare Your Facebook Ads for Black Friday

Amazon vs. Shopify: Which Platform Is Best For You?